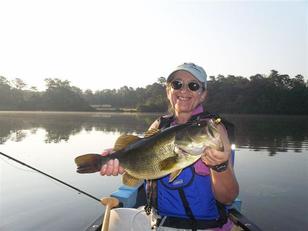 Lee Weil started fishing with her grandfather on Long Island ponds and piers when she was  4 years old, and began fly fishing in 1981. She learned to tie Muddler Minnows as her first flies, developing her skills with deer hair and applying it to many of her original patterns.   She enjoys fishing both fresh and saltwater, and is particularly fond of Smallmouth bass. 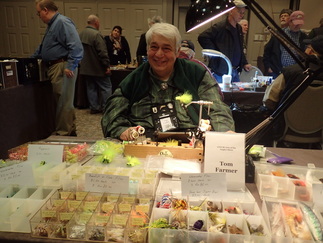 Tom was a fly fisherman at the age of twelve and a self-taught  fly tier at  fifteen.  Two years later, he was taken into the fold of the tiers of the  Federation of Fly Fishers at their conclave in Roscoe, New York.  Later on  Tom went on to become the Warm Water Chairman for the Eastern Council,  and later a Director.
In his capacity with the Federation, Tom ran conclaves, fund raisers,  programs, and was asked to be a guest speaker.  Tom was also the recipient  of the 1999 Dr. James A. Henshall award: which is given for significant  contribution to the enhancement and promotion of our warm water fisheries. 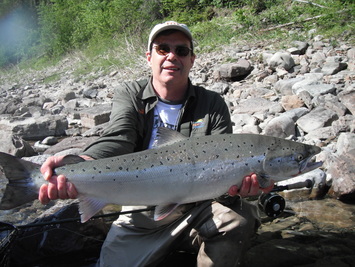 Mark has  been fly tying for over 30 years, part time commercially for the past 20 years. Mark has been  tying  patterns for all species, trout, salt(tropical & north east), steelhead and salmon. He is  am certified FFF Casting Instructor. In addition to the above, I have been building bamboo
rods for the past 5 years and became a NYS licensed guide in 2015 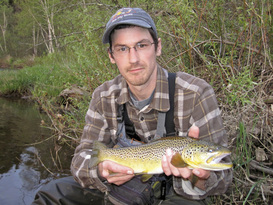 John Ruff is a fly tier and guide based in the Adirondack Mountains of  New York.  John  learned how to tie flies from the late Fran Betters and  continues to tie these classic  Adirondack trout patterns, including Fran’s  Haystack, Ausable Wulff, and Usual.  In  addition to these patterns John  also ties new Adirondack classics like the Sirloin and  Ausable Ugly,  classic streamers, and his own patterns.  The flies John ties are also the  flies he uses fishing and guiding.
RON HOFF
LARRY GENTILE
BARRY LEEDS
​Don Avondolio